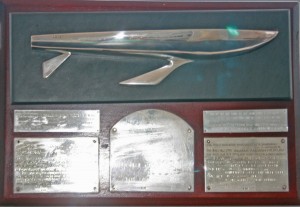 Originally The Walbourn Trophy was presented in 1986/7 by Wing Commander Derek Walbourn DSO, DFC & Bar. You can read more about Derek here.

Awarded annually to the helmsperson of the winning boat whose sail number is 400 below that of the highest sail number competing in the Australian National Championship.