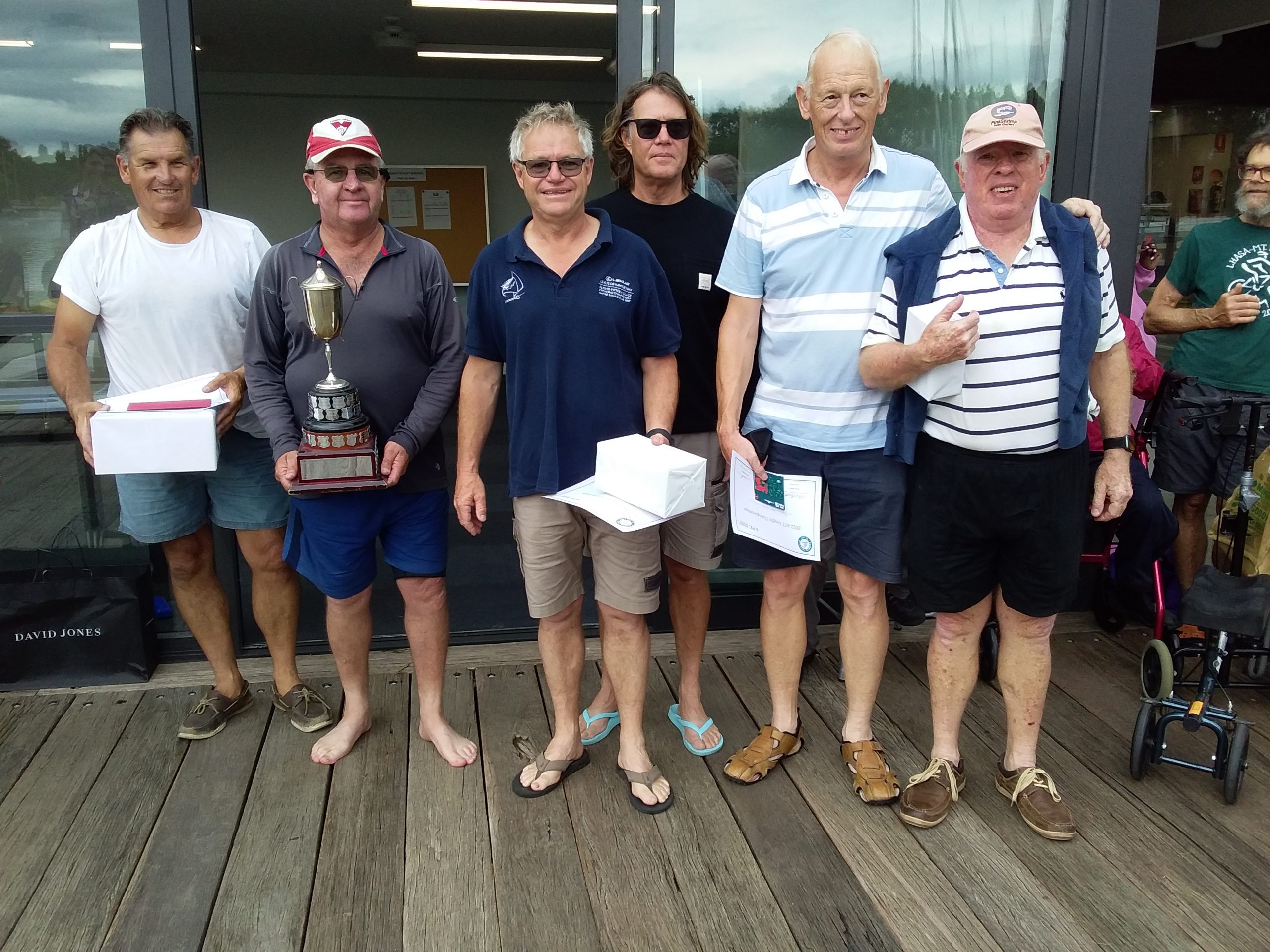 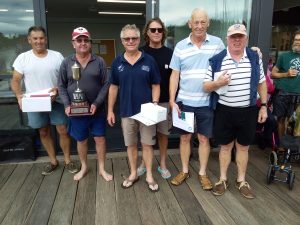 Six boats, including three from interstate, contested the ACT Flying 15 championship on Lake Burley Griffin on the weekend of 12-13 November 2022.  Once again, the Holmes/Villa combination (Up Ship Creek) came from Lake Macquarie and the Rainey brothers (Where the Bloody Hell are You) came from Gippsland Lakes.  They were joined by Gary Richardson, currently residing in Cairns, with Geoff Medley (Vera May) from Lake Macquarie as crew. Paul van Rugge from Lake Macquarie made the journey to crew with local skipper, Bill Causbrook (Barnacle Bill). The other locals to compete were Peter Forster/Will Howard (Relience FFeighteen) and Bruce McLennan/Peter Strauch (Maybe Knot).

Fortunately, the weather was kind, with moderate and variable W-NW winds allowing the fleet to complete three races on each day, albeit with a delayed start on the Sunday. The racing was generally close but Up Ship Creek seemed to have a clear speed advantage over the others, with four wins and a second place.  The Raineys were second with one win, two seconds a third and a fourth.  Vera May was third and Relience FFeighteen fourth.

It was great to have as many as six Fifteens sailing on LBG again!